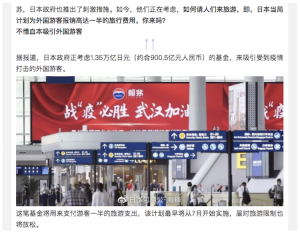 News that the Japanese government will dip into its supplementary budget to launch a “Go To Travel Campaign” in the hope of attracting tourists back to the depressed tourism sector has spread overseas and construed to mean “half of the travel expenses of foreign nationals will be subsidized by the government”. This has been observed not only on the Chinese social network Weibo, but also in social networks in the United States, Australia, the Philippines and many other countries.

The Japan Tourism Agency, which is in charge of the project, has had to explain that the “Go to Travel Campaign”  is meant solely “to stimulate domestic travel demand within Japan” and only supports a portion of “domestic travel expenses”. Overseas tourists’ travel expenses to Japan are not eligible for this subsidy. 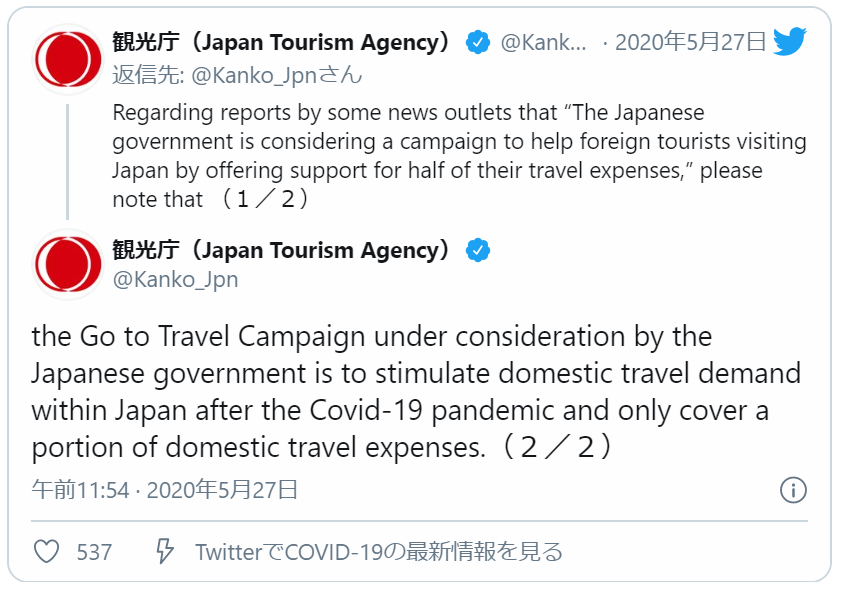 However, according to the Japan Tourism Agency, domestic lodging and domestic transportation costs of any overseas visitors are covered by the subsidies, unless prearranged by the individual (and not through the campaign). Because the cost of accommodation and transportation in Japan is also included as part of the cost of travel, it was judged to be “inaccurate” rather than “false”.

This misinformation has been fact-checked overseas as well, but the note that “travel expense subsidies are only available for residents of Japan and not visitors from abroad” ( by RMIT ABC Fact Check), is also inaccurate.