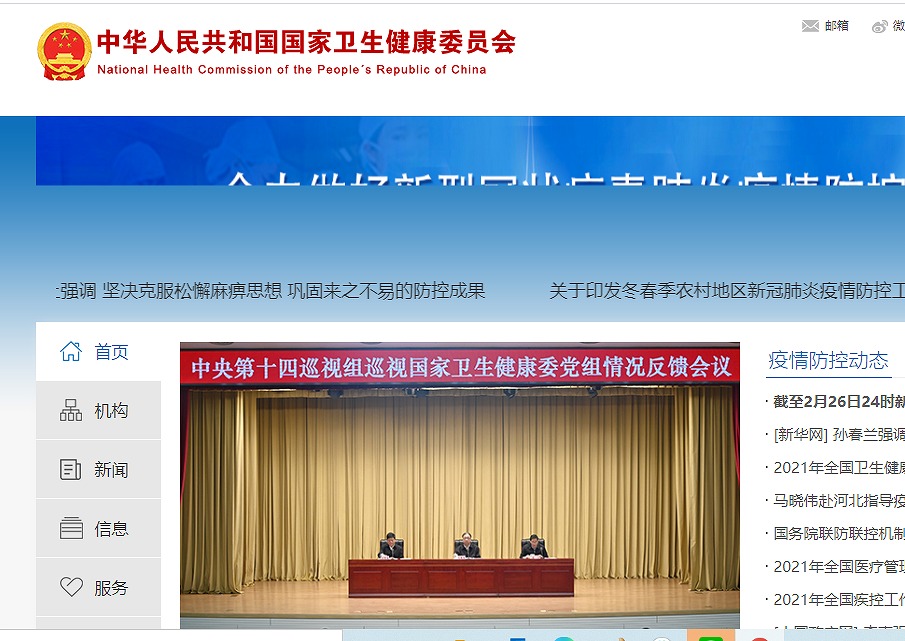 In an announcement on January 20, the Wuhan Municipal Health Commission published a summary of the infection situation of January 18 and 19. The highest number of new infections in a single day so far was 17 on January 17, but both days saw a sharp increase, far exceeding that number. The total number of newly infected people for both days rose to 136, with a third person having died. It was now clear that an outbreak had occurred.

Wuhan City has further strengthened screening of patients suspected of pneumonia caused by the new coronavirus infection based on a newly revised diagnosis and treatment plan. The city has also established rules for pre-screening, triage and fever outpatient operations at medical institutions at all levels.

Of those 136 patients, only the following information was revealed in this summary:

“Of the 136 patients, 66 were male and 70 were female. The youngest was 25 years old and the oldest 89 years old. All onset dates were on or before January 18, 2020. The first symptoms are mainly fever, cough and chest tightness, and difficulty breathing. According to the newly revised treatment plan where patients are classified as mild, severe, or serious, 100 were classified as mild, 33 severe, and 3 serious (including one death).”

The report also summarizes the total number of cases of both days including those up to 10 pm on January 19.

“As of 10:00 pm on January 19, the total number of pneumonia cases reported in our city due to the new coronavirus infection was 198. Of these, 25 were cured or discharged from the hospital, and three died. All 170 patients (including 126 with mild symptoms, 35 with severe symptoms, and 9 with serious symptoms) are under isolation treatment at designated medical institutions in Wuhan. Of the 817 close contacts tracked, 727 have already been released from medical observation, and 90 are still under medical observation. No relevant medical conditions have been found among the close contacts.”

January 20, the date when the Wuhan Municipal Health Commission made the above announcement, is also a turning point in the Chinese authorities’ response to the new coronavirus. President Xi Jinping ordered that, “We must make every effort to prevent and control this disease.”  Prime Minister Li Keqiang, hosting an executive meeting of the State Council of the People’s Republic of China, where they designated the novel coronavirus as a Class B infectious disease in accordance with the Law on the Prevention and Treatment of Infectious Diseases, with concordant measures put in place to deal with it. In the afternoon of the same day, the State Municipal Health Commission held a press conference, where a team of experts clarified the fact that the new coronavirus is human-to-human infectious. (we will examine the contents of this press conference in another article).

So far, we have mainly followed the announcements made by the health authorities of Wuhan City, but from this time on, the State Municipal Health Commission, the main national health authority, also started to make announcements at a higher frequency, separately from Wuhan City. On January 19, the State Municipal Health Commission released the following information titled “The National Health and Sanitation Commission is Actively Promoting the Prevention and Control of Pneumonia Caused by Novel Coronavirus Infection.

“After the outbreak of pneumonia of unknown origin in Wuhan City, Hubei Province, our committee has immediately dispatched a national working group and a team of experts to Wuhan to work with Hubei Province and Wuhan City to implement preventive control measures based on the principle of local management.”

In addition, the commission revealed that a national effort had been launched.

In order not to fuel anxiety, the commission however also announced the following:

“According to the research and judgment of experts, the current infection can be prevented and controlled. However, the source of the novel coronavirus has yet to be uncovered, the route of transmission also is not yet fully understood, and the virus must be closely monitored for possible mutations.”

Additionally on the same day, the State Municipal Health Commission announced its decision to designate and control pneumonia caused by new coronavirus infection as a legal infectious disease.

Thus while it is classified as a Class B disease, is being handled as a Class A disease. This seems to be an indication of the uncertainty or disarray within the State Health and Sanitation Commission.